I really don't have much idea where the designs "come from." I'm not even sure what exactly triggered my desire to draw intricate little patterns, when I was a young boy.

I've tried to rationalize that it was just a form of "doodling" that took shape, over the years. My doodling became intricate because I spent a lot of time alone... and since we traveled all the time, things I chose to do (like hobbies) had to be very small, light and movable. But those answers just feel like excuses and rationalizations. 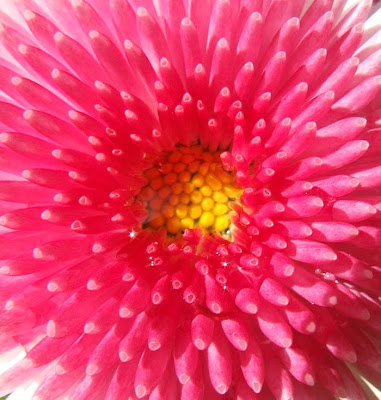 The images appear inside my head. I know they are partially inspired by nature, and by the detail I see in the natural world around us. When I was nine, my friends would "borrow" their parents' magnifying glasses to burn ants outside... I would borrow magnifying glasses to look at the center of flowers, or the construction of snowflakes.

Oddly enough, I have never owned a microscope... but macro photography became a hobby of mine, soon after I got my first "serious" camera. Some people are fascinated by landscapes and sunsets; some are brilliant at photographing people-- my thing was always to explore the "innerscapes" of everyday objects... sharing a point of view few of us ever pause to consider... or even see.

I once met someone else-- a girl in one of my 8th or 9th grade classes-- who drew very similar patterns. We never really interacted, but there was something comforting about seeing another person who seemed to "see" something in a similar way. Other than that, we were nothing alike, however. I was awkward and geeky and quiet; she was pretty, outgoing and "popular."

I discovered at an early age that drawing intricate patterns had no bearing on artistic ability or expression. My mom saw my "doodles" and figured I would be able to draw amazingly intricate art-- but I was miserable at drawing, painting and other forms of art, feeling lucky to scrape by with a C-, most of the time. I could never make anything I looked at look anything like realism, on paper.
Posted by Peter M at 9:01 AM No comments:

I sometimes walk on the beach for up to eight or nine hours in one stretch.

Although I definitely have a "purpose" in being on the beach-- beach combing for rocks and other interesting objects-- these long wanderings are as much a "walking meditation" as anything else. Walking on the beach-- with no other sounds but those of waves breaking and an occasional seagull-- feels incredibly healing and cathartic. 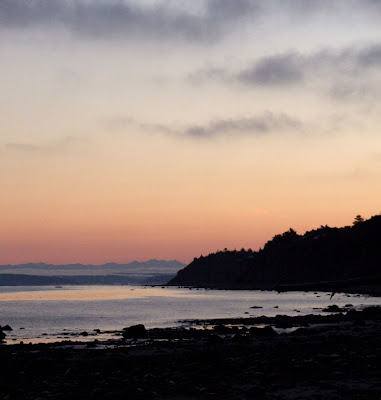 I have heard it said that you can't really call something "meditation" unless you adhere to a structured practice, but I am not sure how much I agree with that. As a species, it sometimes feels like we humans are far too concerned with "describing" and "classifying" what we do... rather than simply doing what we do.

At times, my mind goes completely silent, and all I am aware of is the sound of the water, and the feeling of my feet on the sand. Everything else vanishes. Time seems to become very fluid. Sometimes I look at my watch and 45 minutes will have passed, even though it feels like a moment. At other times, only a couple of minutes will pass, but it feels like I have been "drifting around" for hours.

On many occasions, the walks are a way for me to solve problems in my head, carrying on dialogues with myself about how to address some issue, or develop some idea I've had in mind, for a while. When I come off the beach at the end of the day, I typically have much more clarity than when I started.

Of course, my memory isn't what it once was, so I always carry scraps of paper and a pencil so I can jot down a few words, should a moment of brilliant insight strike me!

It may not be "meditation" in accordance with certain classic definitions, but to me, it certainly is.
Posted by Peter M at 12:31 PM No comments:

Not all stones can become Alchemy Stones.

In fact, the vast majority of stones I see are not good candidates, at all. 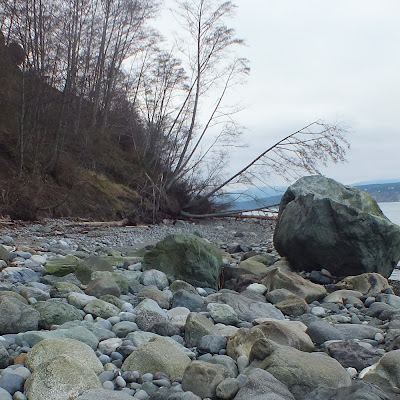 It's difficult to describe how the stones come to me-- in a sense, I would have to say that they "speak to me," as I walk along the beach. From somewhere in a pile of tens of thousands of beach pebbles sized from smaller than my finger nail to larger than a basketball, I "notice" one particular stone.

Why, exactly, it stands out... I don't know. But I feel compelled to pick it up.

But that's only the beginning of the selection process.

The next step is purely kinesthetic.

Unless a stone "feels right" in my hand, it can't become an Alchemy Stone.

"Feeling right" is a pretty nebulous concept, as well, involving the surface texture of the stone, the shape, the size, its curves and more.

Then, of course, it also has to be visually appealing-- not just overall, but in such a way that a pattern will "fit" naturally with its shape.

The long and the short of it is that very few of the thousands of rocks I see during any given six-hour trip along the beach actually make it home. One some days I may return empty handed-- on others I may come home with as many as a dozen new stones.

Either way, a true Alchemy Stone is a rarity.
Posted by Peter M at 4:17 PM No comments: